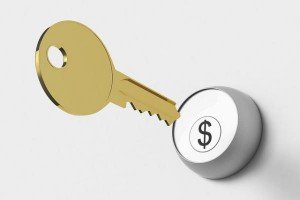 Years after a housing crash that left the economy hurting, many Americans still see real estate as their top pick. Thirty-one percent of survey respondents named real estate as their favored investment for money that they wouldn’t need for 10 years or more. It’s the best showing for real estate in the seven years that Bankrate has conducted the survey.

In 2018, stocks were the most popular investment. But this year they ran a distant second, with 20 percent of respondents naming stocks their top pick for holding periods of more than a decade.

Cash investments, such as savings accounts and CDs, finished third at 19 percent, while gold and other precious metals earned 11 percent. Americans picked bonds as their top long-term investment 7 percent of the time, while bitcoin and other cryptocurrencies were favored by 4 percent. Meanwhile, 5 percent of respondents said that none of these options were the best way to invest.

Millennials are most drawn to real estate investing

While commentators have widely bemoaned the trend that millennials seem unwilling to buy home, it’s not for lack of desire. Millennials in total scored the highest (36 percent) among all age groups in their preference for real estate as a long-term investment.

According to the survey, millennials are the most drawn to property, real estate still remained the most popular investment among all generations, from millennials to Generation X (31 percent), as well as baby boomers (30 percent) and the Silent Generation (23 percent).

“Millennials are higher on real estate than any other age group, have cooled a bit on cash, and still aren’t keen on the stock market when investing for more than ten years,” says Greg McBride, CFA, Bankrate chief financial analyst.

Home – or least, real estate – is where the heart is for Americans.

While real estate outdistanced stocks in each age and income demographic, stocks were more popular with higher earners compared to those with lower incomes. In fact, stocks were two and almost three times as popular with the highest income groups in the Bankrate survey.

In fact, the higher a respondent’s earnings, the more likely the choice of their favored investment was stocks.

Meanwhile, lower-income households showed a higher preference for cash investments such as savings accounts and CDs (22 percent), as well as for gold and other precious metals (12 to 17 percent).

Cryptocurrency most popular among younger investors

One notable result, though perhaps not surprising, is the extent to which younger generations prefer bitcoin and other cryptocurrencies.

Millennials picked cryptocurrencies as their top long-term investment about 9 percent of the time – about triple the rate of Generation X. Earlier generations had negligible numbers of respondents selecting virtual currency as their top choice.

While many investors have written off cryptocurrencies, one of the world’s largest companies is setting up a project that may disrupt some more traditional payment networks. Social media giant Facebook is in the process of creating a virtual currency called Libra that may potentially be cheaper than traditional payment services.

The Federal Reserve has hinted that it may be open to cutting interest rates, and investors have been nearly unanimous in expecting a rate cut in recent weeks. With that as a backdrop, the survey also questioned Americans about how the expected decrease in U.S. interest rates would play into their investment decisions.

The surprising result is that declining rates would appear to have little effect at all. Declining rates are not likely to move them to invest in the stock market, borrow money or put money into savings accounts or CDs, say respondents.

“A Fed interest rate cut is unlikely to influence how consumers manage their finances,” says McBride. “Only a minority of Americans say they would save more, invest more, or borrow more as a result.”

For example, just 40 percent of respondents said they would be more likely to move money into cash investments such as savings accounts and CDs in response to declining rates.

Only 26 percent said they would be more likely to borrow more money in response to falling rates. Meanwhile, just 33 percent of respondents said they were likely to invest in the stock market as rates fell.

But the responses varied by income level. For example, households earning less than $50,000 were more likely (37 to 49 percent) than high-income households (31 to 33 percent) to move money into bank products as rates fell. The lower the income, the more likely the respondent was to move assets into the bank.

What should investors do to meet their goals?

While a person should choose the investment that works best for their own individual situation, there are smart ways of accomplishing your goals regardless of what you choose – stocks, bank accounts, bonds or something else entirely.

If you’re moving your assets to a bank, then it makes sense to find a bank that offers higher yields. An online bank can offer many of the benefits of a brick-and-mortar rival, while still paying much higher interest rates.

Similarly, if you’re looking to move into stocks, you should consider a broker that meets your needs, not necessarily the cheapest or the flashiest. For example, many brokers offer research and education, including research reports, that help when making investment decisions.

Bankrate commissioned SSRS to conduct the survey. All figures, unless otherwise stated, are from SSRS. Total sample size was 1,015 respondents. Fieldwork was undertaken on June 25-30, 2019, and the survey was carried out via telephone. Data are weighted to represent the target population, and margin for error for total respondents is 3.35 percent at a 95 percent confidence level.