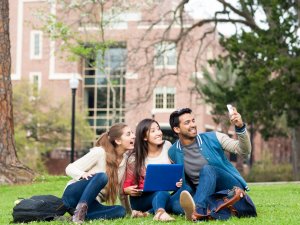 Your 20s are one of the most important periods in your financial life. It’s a time when you’re finishing college, starting a career, building credit, and making some of your biggest financial decisions.

Are there things you can do right now to set yourself up for success later? Yes! I’m 27 now, and I already have six things I wish I could go back and tell myself when I was 20.

1. Not everyone needs a stack of college degrees

Are you in community college? You’ll graduate with an AA. That’s a totally legitimate degree, which you worked hard to earn, didn’t pay a crazy amount of money to get, and it’s exactly what you need to get into a lot of entry-level jobs.

Consider whether you really need a four-year degree to start a career in your preferred field, or whether you could get into an entry level job with an AA and just learn on the job (while getting paid to do it). I got a bachelors degree and a masters degree, and I’m working in a field where I don’t necessarily need either. I could have saved myself a lot of money.

2. Have a credit card – but don’t carry a balance

The earlier in your life you start building a good credit history, the better. However, the right way to build a credit history is to pay for things with credit cards, and then pay off the entire balance so you don’t owe interest. I’m lucky that I’ve mostly been able to avoid paying interest charges, but at the very least make sure that if you do have to pay interest that you have a card with an introductory 0% APR period. When you’re trapped in debt, banks make money. Beware, but don’t write off credit cards completely.

I’m a huge fan of credit cards because of the rewards they offer, by paying for things in cash you’re automatically giving up 1% (or more!) in rewards.

Banks will freeze access to your money at the drop of a hat if they suspect fraud (such as your debit card being used for suspicious activity). However, it can sometimes take a week or more to sort out the problem.

In the meantime, you still need to buy groceries and pay for stuff. That’s where a second bank account can be a lifesaver! At most credit unions, you won’t pay a fee for a savings account.

When I was traveling to Asia for the first time in 2014, my primary bank froze my incoming funds and I was left in a bit of a bind. I worked things out, but it wasn’t a very enjoyable few days in Beijing without much cash. Now I always make sure I travel with two debit cards.

4. Always have some form of savings

I obsessively planned and budgeted, but quitting my job to start my own business cost a lot more than I thought it would. Truth be told, I’m still playing catch-up and I didn’t have any major emergencies along the way.

While I don’t have an emergency fund now, and also wouldn’t recommend having one to someone in a similar situation, some savings would have been helpful when I was younger.

5. Build a relationship with a credit union

Credit unions provide financial services like banks do, but they are member owned. This is a key difference, because it means that they don’t need to pay dividends to shareholders. What does this mean to you? Lower interest rates when borrowing money, higher deposit rates when saving money, and lower fees.

While there are a number of large credit unions almost anyone can join, the best credit unions tend to be small ones that are harder to join. Best of all, if you join a small credit union, you can get to know the people working there. That way, when you need to borrow money (such as buying a car), you’ll have people who are familiar with your personal situation and who can help you adjust your loan request to something that they can approve, rather than simply denying your application from a faceless office in a faraway city.

I’m still not a member of a credit union, but I’ve started research which one is the best choice for me.

It’s easy to borrow money with student loans. Too easy. It’s as simple as signing a couple of forms with your financial aid package. However, very few students read the fine print on the notes they’re signing, and they trust the college or university to put them on a good path.

Unfortunately, this trust is often misplaced. Colleges and universities have a financial interest in your continued enrollment, and they don’t have a fiduciary responsibility to you. This means that they can be relied upon to assemble a financial aid package that will cover the tuition bill, but it’s up to you to figure out whether that bill makes sense.

Student loans are a special category of debt. Unlike every other form of debt, you can’t get out of it in bankruptcy. I’m lucky that I don’t have student debt from my undergraduate degree, but I did elect to get my MBA shortly after finishing my bachelor’s degree. If I had known how things were going to pan out, I definitely wouldn’t have taken on over $60,000 in debt. It’s going to take me a long time to pay off.